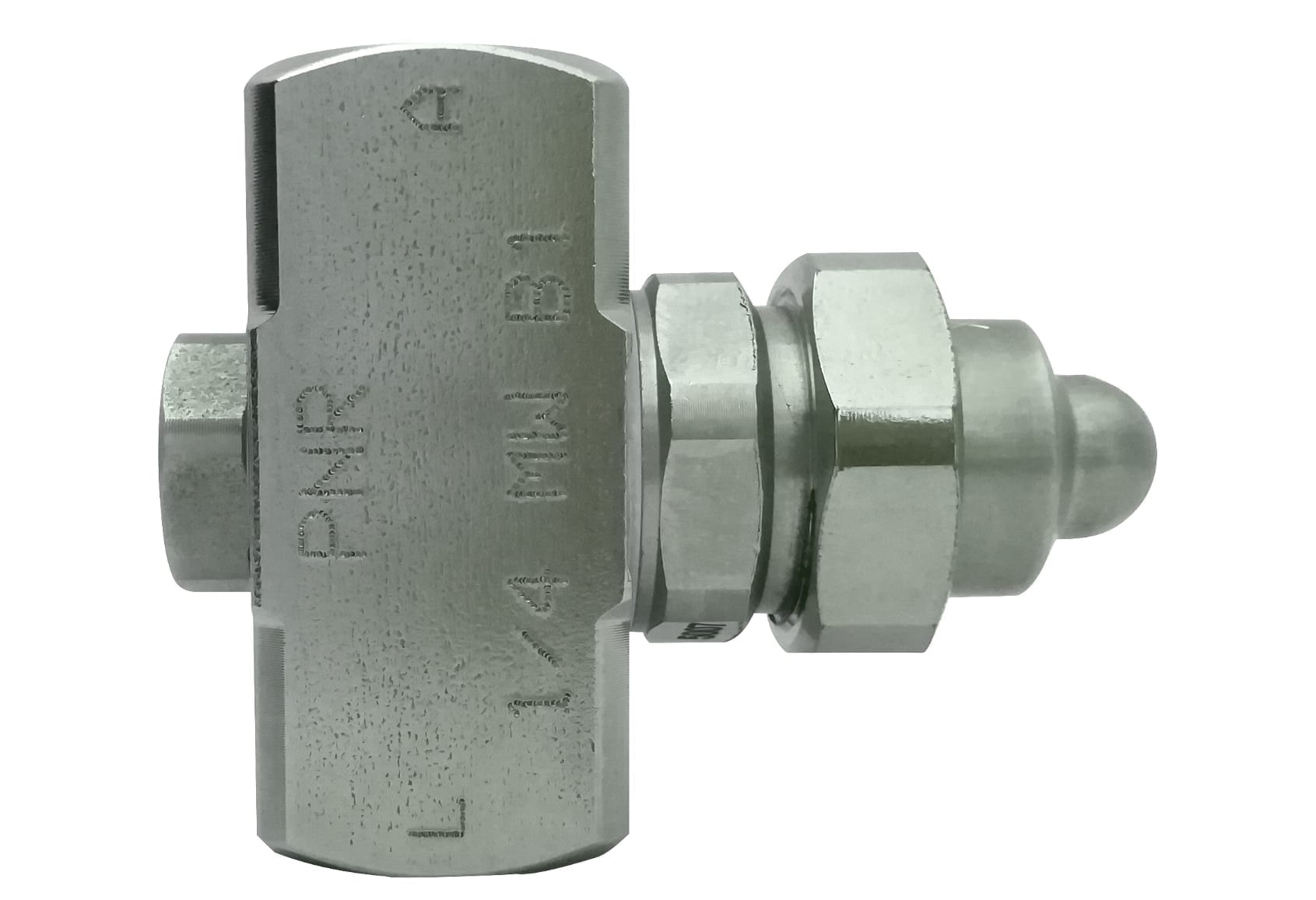 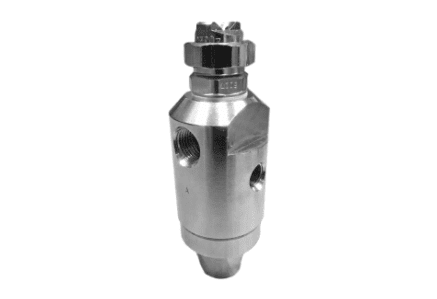 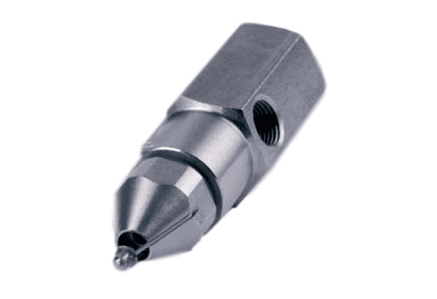 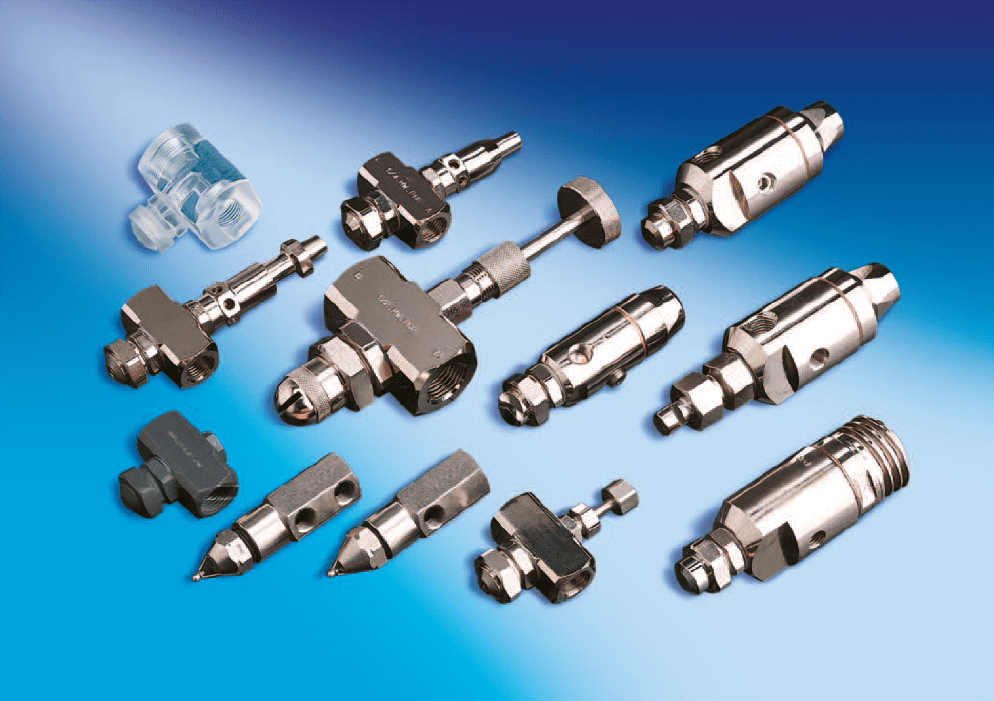 Classic atomizers are devices producing an atomized spray with the assistance of compressed air, where the liquid is broken into droplets when its outer surface is subjected to shear action from the high speed air flow.

Air actuated atomizers bodies contain an air actuated cylinder which controls the spray operation by means of a needle, opening or closing the water inlet in the liquid nozzle.  Normally the air used for atomizing the liquid flows continuously, while the air to the actuator is used to start and stop the atomizing cycles.

Ultrasonic atomizers operate on a very sophisticated process which is based on two steps: in the first one tiny water jets are injected into an high speed air flow which provides a first break up and atomization of the fluid. In the second step the two phase flow, air entraining liquid droplets, goes trough a field of sound waves which produce a further break up and a lower droplet dimension.

Special atomizers: In many industries bi-phase water-air atomizers are manly, but not only, used to suppress and cool fumes. In these situations, it is very important to have products that give a homogenous distribution of the nebulized jet that interact with the gaseous phase, and to have the possibility to work with a wide range of pressures, both for water and air.